I Locate My Marbles


I'd lost my marbles, but now I've found them. It took some thought, the intervention of my son, and a certain deliberateness on my part, but here they are: 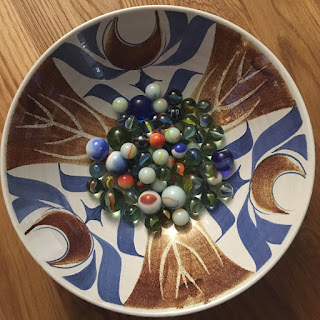 I carried a handful of marbles to school each day when I was, oh, 10 or so. My school friends and I used to play Marbles on drain covers.The indentations were the targets, or goals. My favourite marble was the Big Blue - I won it one day, and still can't quite believe my good luck. The white and coloured glass ones, we called chinas. 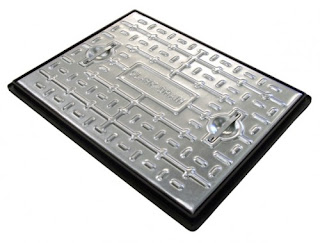 Now I am a teacher, I don't have time to play marbles. But it was last term when I realised I'd lost my marbles. A colleague invited me to co-teach a session on childhood, and this made me think of the toys I still have from that period, as opposed to the toys I have from this period (bicycle, tent, Trangia Stove, Trangia kettle, Fox, electronic cuckoo clock. If you don't have an electronic cuckoo clock, I recommend getting one. I received one as a Christmas gift, and I was sceptical at first. But this January, I have found an unexpected sort of joy on the hour, every hour of daylight).

When my colleague invited me back to childhood, as it were, I thought about my childhood toys, not having thought about them for a while. And so, I went looking in the attic.

I particularly wanted to find a cardboard chest (an old chocolate box made by Terry's. The company, not my former colleague). I'd stored my marbles in this cardboard chest, which is approaching its 50th year,  ever since that Easter when my Uncle John brought the chocolates to Christ Church Vicarage, Highbury Grove, London N5, Canonbury 4544.  This was the only box of chocolates I've ever seen which had three layers. I waited till it was emptied - one chocolate per family member per day, plus a few guests - to put my marbles in it, of course. 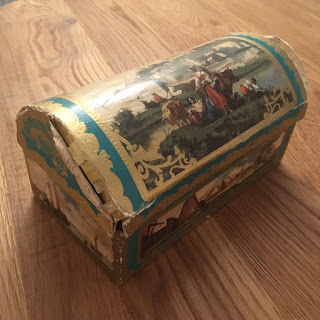 It was something of a metaphor, that search in the attic for a treasure chest. It wasn't in the attic, like so much of my past, but, thanks to my son, I found it at last.

It turned out it was somewhere else, still filled with treasure.